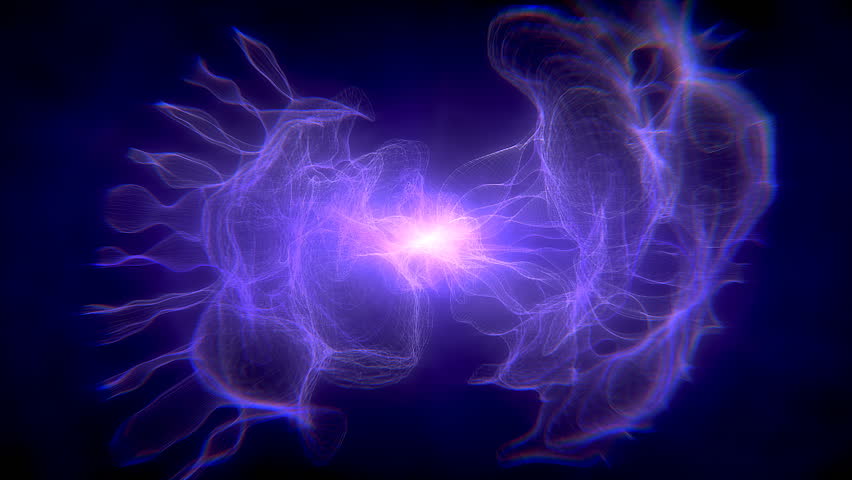 I wish to speak to sound as it relates to vibration. I wish to understand the symmetry and beauty of the universe. The way it continues to elaborate upon itself so appropriately, so eloquently, is worth observing, worth relating to. From a musical perspective, I am interested in how music can also be experienced as useful, as alchemical, as connected to the universal laws of creation. What does its inherent make-up speak to in us and our relationship to it? In order to do that, I feel drawn to examine, firstly, the relationship between myself and sound, through an exploration of vibration.

In Science, two gentlemen; “John Schwarz of the California Institute of Technology and Michael Green of Queen Mary College in London” (Superstrings, p.4) created a theory known as a Theory of Everything (TOE). Otherwise known as “Superstring Theory”. Superstring theory suggests that; the ultimate building blocks of nature consist of tiny vibrating strings. If correct, this means that the protons and neutrons in all matter, everything from our bodies to the farthest star, are ultimately made up of accordingly to the superstring theory, our world only appears to be made of point particles, because our measuring devices are too crude to see these tiny strings. (Superstrings p.4/5)

So, how does this relate to music?

The superstring theory can produce a coherent and all-inclusive picture of nature similar to the way a violin string can be used to “unite” all the musical tones and rules of harmony. Historically, the laws of music were formulated only after thousands of years of trial-and-error investigation of different musical sounds. Today, these diverse rules can be derived easily from a single picture – that is, a string that can resonate with different frequencies, each one creating a separate tone of the musical scale. The tones created by the vibrating string, such as C or B flat, are not in themselves any more fundamental than any other tone. What is fundamental, however, is the fact that a single concept, vibrating strings, can explain the laws of harmony. (p.5)

And then we can go on to look at how sound creates form and therefore can affect it.

Knowing the physics of a violin string, therefore, gives us a comprehensive theory of musical tones and allows us to predict new harmonies and chords. Similarly, in the superstring theory, the fundamental forces and various particles found in nature are nothing more than different modes of vibrating strings. The gravitational interaction, for example, is caused by the lowest vibratory mode of a circular string (a loop). Higher excitations of the string create different forms of matter. From the point of view of the superstring theory, no force or particle is more fundamental than any other. All particles are just different vibratory resonances of vibrating strings. (Superstring p.5)

Looking at McClellan’s book and examining the concept of vibration in direct relationship to music, we can see how the physics and the biology of vibration are linked to our human experience. The possibilities for how sound and music impact our lives (and our bodies) become more apparent.

Within the dense physical body is the muscular system, the skeletal system, the blood circulation system, respiratory system, digestive system, endocrine system, nervous system, excretory system, reproductive system, and various fluids. All of these structures and fluids consist of atoms. These atoms form molecules which, in turn, form the various cells of the muscles bones, organs, glands, nerves, blood and other fluids. A highly magnified film of a cell shows a constant movement that folds within itself, though the external shape is maintained. As Dr. Guy Manners describes it “Where there is movement, there must be friction and where there is friction, there must be sound. However minute it may be the sound has got to be there. So therefore you’ve got the sound in that little cell.” (p.38)

So, a reference has been made to the physiology of the human body, to its biology. McClellan now points to the electro-magnetic field that this kind of movement makes on the microscopic level;

The atoms that form each cell contain electrons that are in constant motion and which therefore radiate electromagnetic waves. These waves are measurable as frequencies, the rate of which vary according to the particular form of matter. It would appear, then, that all matter exhibits its own natural rate of vibration and that the frequency is dependent on the oscillation rates of the electron charges. Atoms possessing the same frequency rate tend to combine and strengthen each other through the principle of resonance. (McCl. p.39) In other words, the rate at which the electrons orbit around the nucleus create a particular frequency of vibration which appears to maintain a certain stability, around its own rate. These particular atoms then ‘recognize’ each other, so to speak, and form a natural coalition based on resonance.

To be a little more explicit:

And now we begin to explore the possibility of sound creating form again, just as with Whittle earlier, except on the micro-level.

This phenomena occurs in all forms of matter, both inert and living cells. Cells whose natural frequency rates are the same combine to form the various structures and systems that are an integral feature of our physical existence. Each structure is a harmonic of the cells through which it is formed and maintained. It may be said, then, that sound creates the structures of our bodies. (McCl. p.39)

As previously mentioned, various people have been exploring the effect of imposing frequencies on matter in order to see how it might affect its structure. The people I cited earlier are German physicist, Ernst Chladni (18th Century) and Swiss scientist, Hans Jenny (20th Century). It is amazing to see the results of the symmetry inherent in the forms they created through the use of sound.

Chladni took metal plates, approximately 1ft/1ft in size, and sprinkled very fine sand onto them. At this point, he experimented with placing his fingers (index and middle) at different points along the edge of the plate and then drew a violin bow down, perpendicular to the edge of the plate. He observed the emergent patterns on the plate.

When he sustained one tone for a long period of time he discovered that the sand moved into geometric patterns of interlocking and concentric circles. Changing the pitch resulted in the movement of the sand particles into other organic shapes – spirals, radiating wheel spokes, and hexagonal grids. (McCl. p.50)

These experiments were the birth of the field of study, Cymatics, which is the science of how sound creates structure. I am curious, since these experiments are more two-dimensional, how that translates into the 3D – how does my body structure itself? What gives it strength and structure in its form? Hans Jenny seems to have gone a long way towards asking and answering these questions as he took up the baton that Chladni left behind. He used electronic equipment to create pure sine frequencies (i.e. they have no harmonics) as well as the human voice and classical music, and experimented with “sand, iron filings, water, mercury, and other liquids” (p.50) on metal plates, just like Chladni.

He discovered that the evolving forms repeated themselves in predictable ways and resembled the growth patterns of the organic living organisms: chromosomes, cells, molecules, bone tissue, growth rings in trees as well as crystals. He demonstrated that music produces a visible texture that resembles the weavings of cloth. He discovered that when the syllable “O” was spoken into the microphone, the sand on the metal plate took the shape of “O”. When the syllables of the ancient languages of Sanskrit and Hebrew were pronounced, the sand took the form of the written symbols for those sounds, whereas our modern languages did not produce the same effect. (p.50)

As McClellan says – he points out that it was “Jenny’s conviction that biological growth was the result of vibration and that the nature of the vibration determined the resulting structures.” (p.51). He also points to the basic principle of Cymatic Therapy which is “that all material units – atoms, molecules, cells, organs – are in a state of continuous vibration. The waveforms resulting from vibration are neither random nor chaotic but produce patterns of complex unity.” (p.52) Another spokesperson cited by McClellan for his observations on this field is Dr. Peter Guy Manners “osteopath and rayologist of Evesham, Worcestershire” (p.52). As McClellan quotes Manners:

Careful observation of structure excited by vibration and sound shows that, when they move, they invariably move as a whole. They do not disintegrate or fragment, but move collectively It is therefore legitimate to speak of a total or holistic process. Again, we see unity in the way structural patterns and dynamic processes appear in one and the same configuration. All are sustained by the underlying vibratory process.

Again, as Manners is quoted as saying in McClellan’s book;

But we are of the opinion now that it [virus or bacteria] is not the cause of that disease, but the result of that disease. The cause is an imbalance, the harmonics of the body have been disturbed…There is a harmonic of the heart, the liver, the bones, the muscles and so long as they’re all playing in that harmony, we are in harmonic pulse. We are healthy. But if any part looses its tune or goes out of phase then we are in trouble. Until we could reproduce these harmonic signals – even though we believed it – we could do nothing about it and we had to rely solely on medicine.15 (p.53)